Peirce Hall
Each fall, Kenyon College’s sole dining hall, Peirce Hall, has a full stock of bowls, dishes, cutlery, and most notably, Peirce cups. The Peirce cups and their tendency to disappear from the dining hall are something of a long-running joke among students. During orientation, upperclassmen beg the freshmen not to thieve the cups during a spirited series of skits, and clubs on campus sell buttons that read “bring our boys home” with a picture of the famous red cup, in the early days of the spring semester. Despite these efforts, at the same point each year-- around mid-April-- there are just not enough cups to go around. 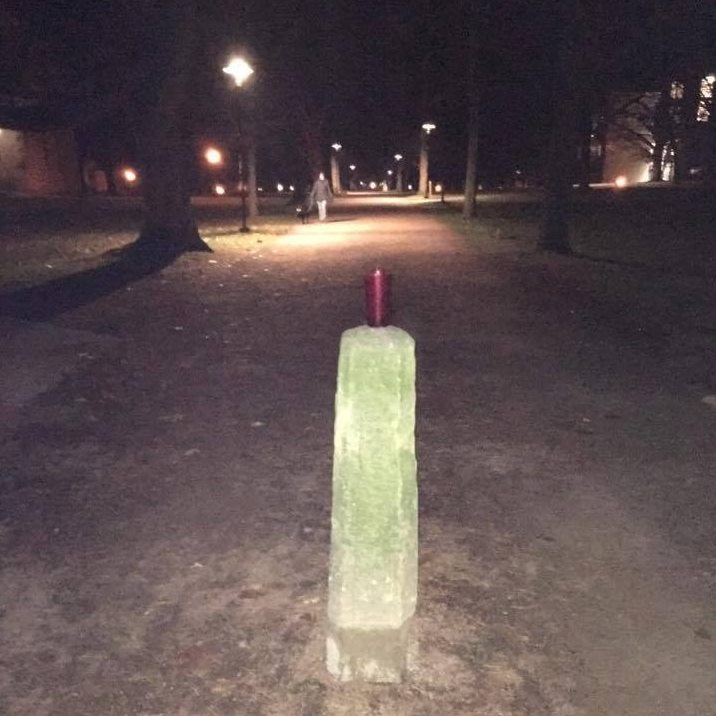 A Peirce cup placed in the center of the “Gates of Hell “on Kenyon College’s Middle Path.  Image Source

The use of Peirce cups is not an inherent problem, however, their use becomes a problem when there are so few cups left that the kitchen staff is forced to supply the student body with plastic cups and bowls. This conversion to disposable plastic was announced on April 19 during this past Spring semester. Given the student body is about 1,662 students (as of 2014), a conservative estimate of 114,678 plastic plates, bowls, cups, and cutlery were used and then disposed of.

Students and alumnae shared their outrage on the Peirce Hall Facebook page, where one alumnus suggested lowering each student’s grades and a second recommended closing the dining hall until all of the reusable items are returned. While those solutions may be effective, it seems that the most obvious and long-term solution is to stop allowing students to take cups, bowls, and other cutlery out of the dining hall building. Although there are bins for students to return items they take out of Peirce Hall in nearly every building on campus,  it seems that a large percentage of the student body fails to complete even this simple step. So what exactly does this say about the esteemed leaders of tomorrow, the people who previous generations have tasked to clean up their environmental mess?

It says that our generation has been desensitized to the environmental movement, it says that we need to come up with new ways to engage our peers, it says that we need to adapt in order to become sustainable. It says that instead of constantly thinking big, take the time to think small-- because a change as simple as not allowing students to remove reusable plates, bowls, cups, and cutlery from the dining hall can help shrink even the largest of footprints.