ed1
The 2018 Santa Barbara Earth Day Festival marked the 49th year anniversary of Santa Barbara hosting earth day celebrations. Some of the first ever Earth day festivities originated in Santa Barbara after the 1969 oil spill which, at the time, was the largest in the nation’s history. Today, the Santa Barbara Earth Day festival commemorates this devastating spill by reminding people to rethink their habits and their relationship with the planet. For most of the years that the festival has been around, it has been organized by the Community Environmental Council. The CEC formed in 1970 also in response to the oil spill and has been a major force in pushing for environmental regulations and sustainability initiatives in the Santa Barbara community with campaigns such as “Skip the Straw SB for the Sea.” The organization has visited Dos Pueblos High School on numerous occasions and was a driving force in helping install reusable water bottle stations with their program, “Rethink the Drink.” Kathi King, CEC Director of Outreach and Education, proudly discussed Earth Day Festival has grown extremely successful and is now one of the largest and longest-running Earth Day festivals on the west coast. 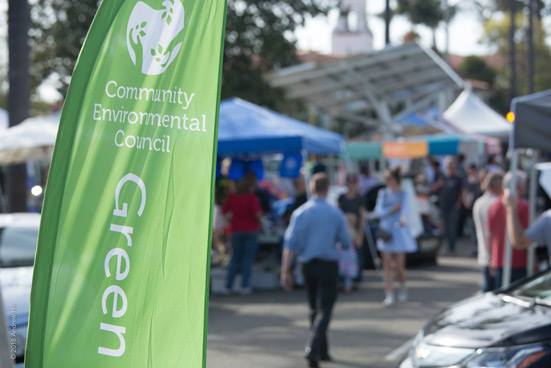 "This year’s festival was the first major public gathering since all of the natural disasters earlier in the year, so we just wanted to really make sure that it was really fun and celebratory,” said King.

The event is extremely popular in the community, with over 300 volunteers and an attendance of almost 37,000 people this year alone. Many DP students have acknowledged that attending the festival has been a tradition for as long as they can remember.

"It’s really amazing to have everyone come together to celebrate our big, beautiful blue planet and it’s a time where the community can really be involved,” said DP Senior and long-time attendee, Abbey Mckee.

There were all sorts of booths with information and activities about zero waste, Teslas, dairy-free ice cream, bees, marine conservation, youth leadership and so much more. Though all of these engaging booths are entertaining and educational in the majority, some attendees had qualms about certain booths seeming more concerned with selling their products than celebrating and modeling environmental sustainability.

"I love the concept of Earth Day… I would say a small number of the booths capitalize on the fact that there are a lot of people in one spot who will buy their products,” said McKee about the number of pamphlets, free pens, and plastic items that were given out. “There were a lot of free things that are more wasteful than sustainable.”

One other complaint that a few attendees noticed was the fact that certain organizations would pose as environmentally concerned groups and use the festival as an opportunity to convince people to sign petitions that actually advocated for deregulation of fossil fuels, among other things.

"Don’t sign a petition unless you know what it is, even if the rest of them are good," warned DP senior and social justice activist, Syd Abad. 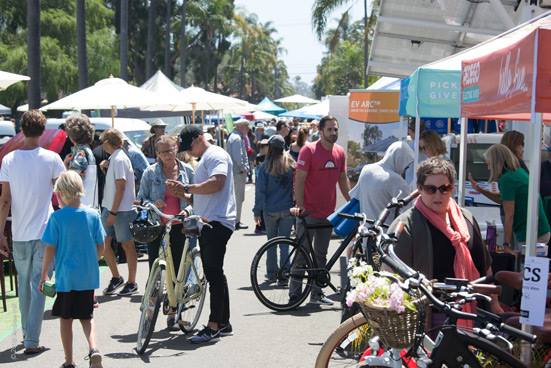 Overall, the festival marked another successful celebration of Earth Day. The events had something for everyone and served as an excellent reminder to the Santa Barbara community about recognizing the importance of the earth and our actions in relationship with it. When asked what Earth Day means to them, DP students often talked about it being a day to celebrate community, educate the public, and take a little bit more personal accountability for sustainability that other days.

"Earth Day is a day out of the year where you can give a little more than you normally would or help educate people about the environment, it’s important to spread the word about what’s going on and ways that people can help,” said McKee.

Many people may wonder what they can do to make a difference. King had specific advice for young people who are passionate about environmental issues. "Vote, every time there is an election, not just the fun ones. Know your elected officials and don’t be afraid to contact them. They are accessible, especially local ones. Local action leads to state action leads to federal action. We need to get our voting percentage up because that can initiate change. Also, be mindful of your own habits, because peer to peer is very powerful,” said King.

In wake of Earth Day, McKee, King, and Abad all hope that people will not become apathetic and will instead use the resources and information they gained at the festival to help retain their concern for environmentalism.